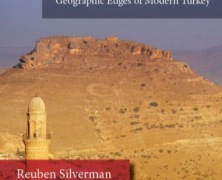 Neither the Ottoman Empire nor the states like Turkey that succeeded it have interests or personalities of their own; they are collections of institutions forged by human beings. It is these human beings who have interests, ambitions, and dreams of what “the state” should look like. Their efforts to realize these visions are shaped by […]

On May 28, 1960, a day after the Turkish armed forces had seized control of the state and arrested much of the ruling Democrat Party (DP), United States Ambassador Fletcher Warren visited the General Cemal Gürsel, the head of the newly-established ‘National Unity Committee.’ Warren, who was familiar with coups from his years serving in […]

As a child the famous musician Ahmet Kaya spent his summers in the countryside. His father, a factory worker in the Eastern Anatolian city of Malatya, would send both Ahmet and his brother to stay with two uncles in their ancestral village. There Ahmet learned to play traditional bağlama music from one of these uncles, […]

Book: Politics in Turkey: Parties, Politicians and the Struggle for Power

Making sense of politics in Turkey requires more than an understanding of one man or one party. Turkey is country where multiple parties, ideologies, and politicians compete for the allegiance of voters. Feminists, Turkish nationalists, religious minorities, Maoists, Kurdish nationalists, the real-estate lobby, Islamists, environmentalists, and secularists are just some of the groups that […]

Book: Turkey’s Ever Present Past

For more than nine decades, citizens of Turkey have argued over what “Turkey” is and what it means to be Turkish. Rather than give a particular answer, this collection of essays looks at various figures from modern Turkish history who have sought to define Turkey or pushed back against the definitions that others sought to impose […] 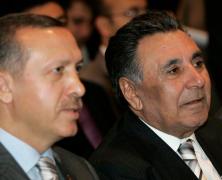 Both media mogul Aydın Doğan and Turkish Prime Minister Recep Tayip Erdoğan agree that they met in late 2006 and discussed Doğan’s Hilton Hotel property, but that is where the agreement ends. Doğan had purchased the lot in 2005 when it was privatized. Though he hoped to build residential houses on it, he had been […]